How to Keep Your Mind Sharp as You Age

Home » How to Keep Your Mind Sharp as You Age
Next

How to Keep Your Mind Sharp as You Age

You might have noticed that your thought patterns have changed. Maybe you’ve found yourself losing your keys more often, or you struggle to come up with the right word in a conversation. But how do you know the difference between the effects of getting older or something more sinister (like dementia or Alzheimer’s disease)? Bayshire memory care in Rancho Mirage can help you answer this question.

What Happens to Your Brain as You Get Older?

Occasional memory lapses are normal for everyone, but significant memory loss isn’t a normal part of aging. Suppose you or your senior loved one is experiencing significant memory loss. In that case, it’s imperative to set up a doctor’s appointment, especially if it’s interfering with regular activities or relationships. If it’s still too much for you to handle, then memory care in Rancho Mirage is also a good solution.

How Does Dementia Affect Cognitive Skills?

Dementia happens whenever nerve cells in the brain stop functioning; connections between other brain cells become severed, so they die. According to the National Institute on Aging, dementia means the impairment of two or more functions, such as the ability to pay attention and focus, language skills, visual perception, and of course, memory. Cognitive functions such as the ability to reason and solve problems might also be affected.

How To Keep Your Mind Sharp as You Age

The latest research suggests that you can do the following steps to stay mentally fit as you get older:

Expanding your circle of friends or spending more time with the friends you already have could be useful for your brain. According to a 2018 study published in Scientific Reports, a study of older adults in China found that those who were more social had a lower risk of dementia than those who had less social engagement.

A hypothesis that’s common among researchers is that more years of education build up “cognitive reserve.” This term basically refers to the brain’s capability to utilize connections between neurons (nerve cells) to enable someone to continue carrying out cognitive tasks despite damaging changes resulting from aging.

According to the Alzheimer’s Association, a mentally stimulating job and mentally stimulating extracurricular activities can significantly build up your cognitive reserve. Learning new skills is also a big part of this. According to a 2017 study published in the American Journal of Geriatric Psychiatry, learning new skills late in life (such as using new technologies) can help stave off cognitive decline related to aging.

As a part of the study, participants took a two-hour class each week to learn how to use a tablet computer. Once this 10-week training was completed, participants were shown to have better processing speed. Memory care in Rancho Mirage offers classes like this as well.

According to an article published in 2016 in the Annals of the New York Academy of Sciences, the following could help reduce the chances of developing dementia:

To be more specific – researchers discovered that seafood, green leafy veggies, berries, and other vegetables offer neuroprotection. Studies have also discovered that the DASH (Dietary approaches to Stop Hypertension) and Mediterranean diets both protect against dementia.

The Mediterranean diet focuses on eating vegetables, consuming healthier fats such as olive oil, and getting plenty of omega-3 from fish. On the other hand, the DASH diet has a larger focus on fruits and vegetables, plus low-fat or fat-free dairy, lean meats, and whole grains. Both diets advise cutting back on red meat and processed foods.

There is also a new diet out there called MIND (Mediterranean – Dash Intervention for Neurodegenerative Delay), which tries to have the best of both worlds. The diet also takes into account current evidence and ideas for greater neuroprotection. 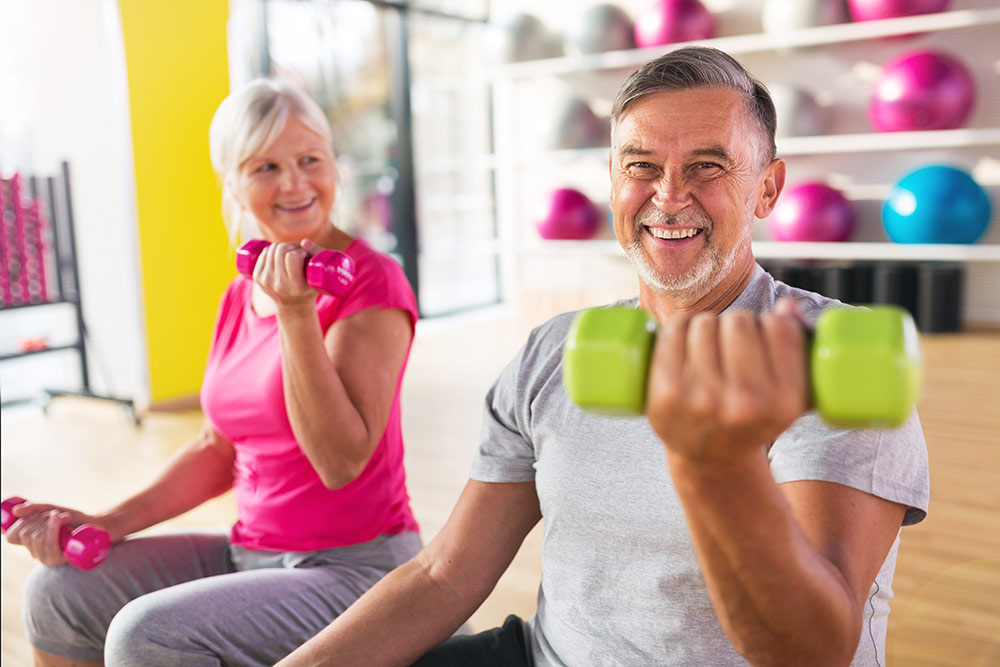 Exercising regularly is believed to help regulate blood flow to your brain as well as lower your risk of conditions like high blood pressure (dementia often goes along with it). According to a 2015 study published in the Annals of Medicine, exercising consistently and vigorously will help to lower the risk of dementia.

These two bad habits will increase your risk of developing dementia, so try and kick these habits to the curb. If you drink, then drink lightly and not too heavily.

Keep Tabs on Your Cholesterol and Blood Pressure Levels

High cholesterol and blood pressure are known to increase your risk for strokes and heart disease, both of which may increase your risk of developing dementia. According to a PLOS One study, good cardiovascular health is vital for maintaining good cognitive function. Therefore, the following activities shouldn’t be overlooked: