Is it Parkinson’s Disease or Something Else?

Home » Is it Parkinson’s Disease or Something Else?
Previous Next

Is it Parkinson’s Disease or Something Else?

Older adults need to watch out for signs of chronic diseases that typically appear during old age. One of these is Parkinson’s disease, a fairly common disorder in seniors but mostly unknown to many.

This April, let us celebrate Parkinson’s Awareness Month by spreading awareness to seniors like you, families with elderlies, and senior caregivers in assisted living in the Rancho Mirage area.

To start, here’s everything you need to know about the disease: what it is, its risk factors, symptoms, and how to tell if you have it.

What is Parkinson’s Disease?

Parkinson’s disease is a progressive brain disorder affecting a person’s movement, balance, and coordination. It happens when your brain cells suddenly die for unknown reasons, failing to generate a hormone called dopamine, which is responsible for the body’s locomotive function.

Parkinson’s disease may be caused by several factors that can sometimes overlap, such as genes, lifestyle, and the environment. But one of its clearest and most common risk factors is age.

In fact, most people develop Parkinson’s during their 60s, while five to ten percent of individuals experience an early onset of the disease, which develops during their 50s.

How To Know If You Have Parkinson’s Disease?

Parkinson’s disease manifests differently per individual. It can sometimes be very mild and unnoticeable, while others experience a group of progressive symptoms distinct to the condition. Some of Parkinson’s most common effects are as follows:

One of the earliest signs of Parkinson’s disease is tremor or the shaking of the arms, limbs, jaw, and head. People with the disorder usually experience tremors at one side of the body, beginning in the limbs.

Tremors in Parkinson’s disease happen even if you are resting and not doing anything. It can worsen during physical exertions and emotional stress.

Bradykinesia, one of the cardinal signs of Parkinson’s, refers to the physical slowness of movements one experiences with Parkinson’s disease.

It is different from the age-related slowness normal seniors experience due to old age. Some of the factors that separate bradykinesia from typical slowness include:

There are plenty of reasons that can cause muscle stiffness—over-exercise, muscle injury, or arthritis. However, if it occurs out of nowhere and affects your movement, range of motion, and facial muscles, then it might be time to consult a specialist.

Muscle rigidity usually happens in the middle stages of Parkinson’s disease. But on rare occasions, it can come with the other early symptoms of the disease.

Typically, rigidity in Parkinson’s disease happens to one side of the body, affecting its movements, especially in the arms and legs.


4. Loss of Posture and Balance

Old age can impair the posture, balance, and coordination of seniors. You can see it in many older adults residing in the best assisted living in Rancho Mirage.

It can be hard to determine if it’s Parkinson’s or not, but if it occurs together with the other common signs mentioned above, then you better see a doctor for early consultation.

Some other common symptoms that might manifest during the early stages of Parkinson’s include:

The early symptoms of Parkinson’s disease may be different for every senior. Its progression is also a case-to-case basis situation.

If you suspect that you, a loved one, or a patient has Parkinson’s disease, it’s best to consult immediately with a specialist. Even if you only experience one symptom, you should still seek a doctor at once to get an early diagnosis or rule out Parkinson’s disorder. 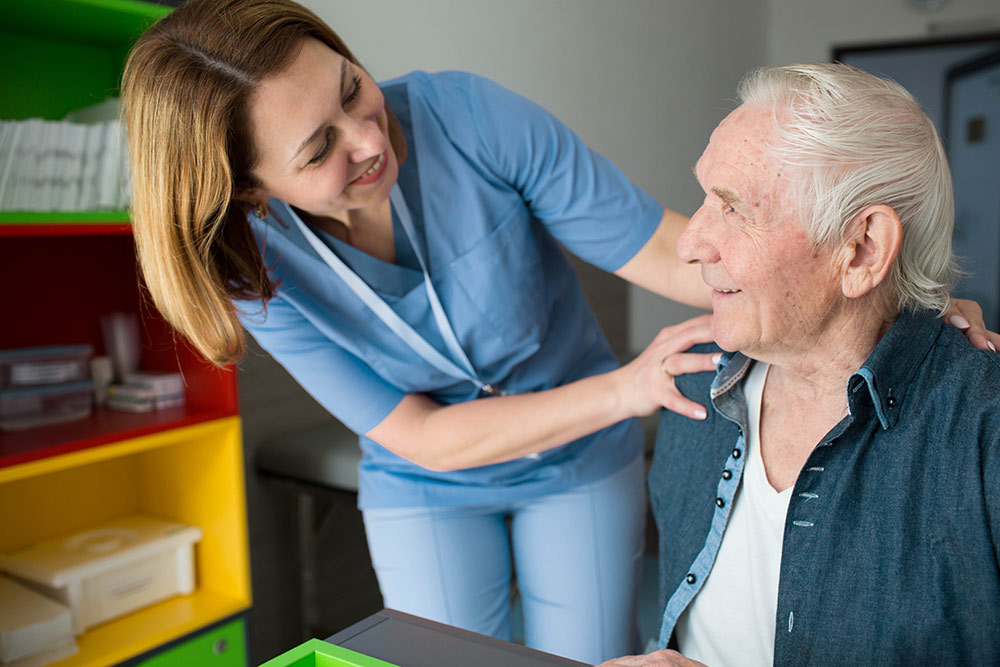 How to Prevent Parkinson’s Disease?

There has yet to be a definite prevention plan for Parkinson’s disease since its causes are still unknown. However, research has proven the effectiveness of practicing healthy lifestyle habits to avoid this debilitating illness.

Remaining healthy and strong is one way to reduce your risk of having Parkinson’s disease. Further, adopting healthy habits will increase your chance of combating the illness if you already have it.

Here are a few scientifically proven ways to prevent Parkinson’s disease and improve your overall health.

According to Harvard Medical School, simple aerobic exercises decrease your likelihood of developing Parkinson’s disease later in life by 30%. Other workouts may also help, but nothing beats aerobic ones that get the heart pumping and the body moving. Some good ones to try include:

Moreover, physical activity is also one of the recommended therapy for seniors with early-stage Parkinson’s disease. Physical therapists will guide them to perform certain routines to improve their balance, coordination, and movements.

Diet plays a massive role in the development of many diseases, including Parkinson’s disorder. It might not be its main cause, but an unhealthy diet will certainly trigger the illness’s development.

Save yourself from a life of misery by taking care of your nutrition. Some of the foods you should focus on include:

Lastly, the best way to prevent Parkinson’s disease and any other diseases for that matter is through regular medical check-ups. Attending your doctor’s appointments allow you to know early on if you are predisposed to an illness, thus making it possible to prevent it through early treatment plans.

Utilize the transportation services offered in your assisted living in Rancho Mirage. Make it a point to attend your medical check-ups and coordinate your care with your healthcare providers.